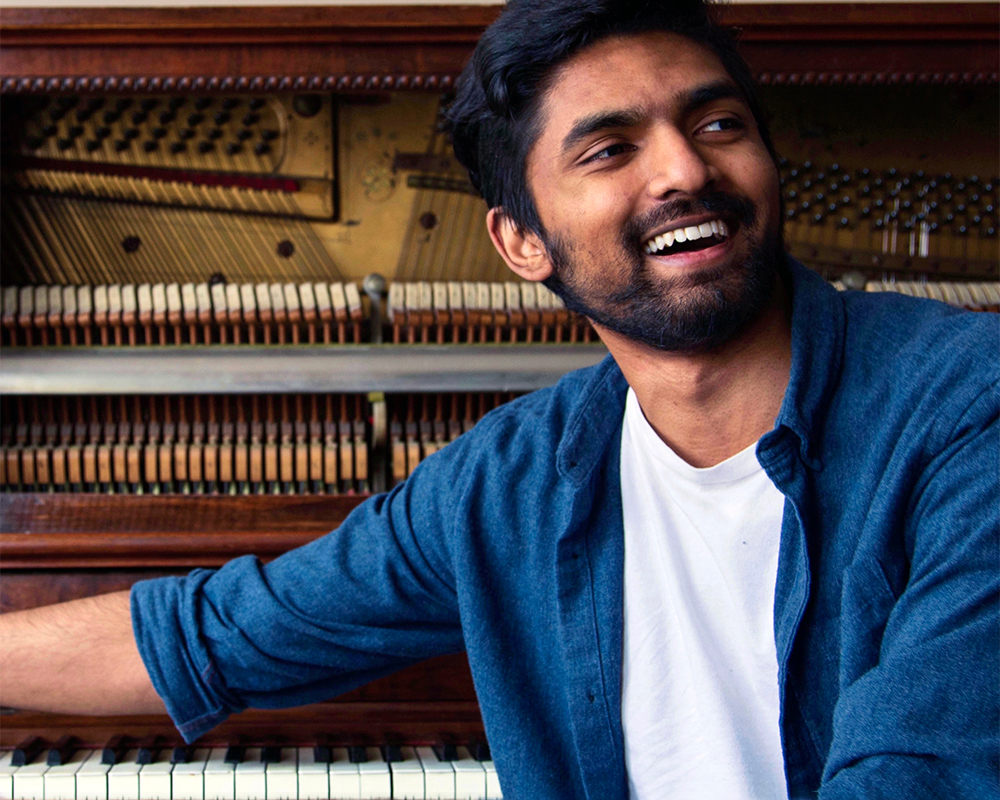 We created the Creativity Everything Connection Fellowships program to support brilliant creators in the Toronto area. There are currently seven Fellows and we are highlighting them one-by-one in these profiles.﻿

Kalaisan Kalaichelvan was born to a Sri Lankan Tamil family, displaced by war, and grew up learning Carnatic music – South Indian classical music – in the suburbs of Scarborough. Today he makes music which is contemporary and classical, ambient and minimalist — drawing upon the multiplicity of traditions he has encountered. Kalaisan’s artistic works have found homes in film, theatre, dance, and exhibitions. He has developed his experience as a musician by receiving guidance from residencies led by the Sundance Institute and the Canadian Film Centre.

Kalaisan hopes to explore the intersectional possibilities between his language and his music. He is currently developing a song cycle for voice, piano, and percussion called SONGS OF EXILE. Kalaisan’s project is inspired by the stories of his mother and her experiences as a political refugee, who struggled adapting to new cultures after being displaced. The songs will be curated from Tamil and English poetry by multi-generational Tamil poets in Toronto and Tamil digital archives to construct a resonant narrative structure.

Kalaisan brings experience from his multidisciplinary background in music, dance, film, and theatre to the Connection Fellowship community. He is eager to exchange ideas and dialogue around building artistic work, receiving feedback, and learning where his specific skills place him in the larger artistic matrix. But what excites him most is to simply be in a shared space with fellow creatives in the community.